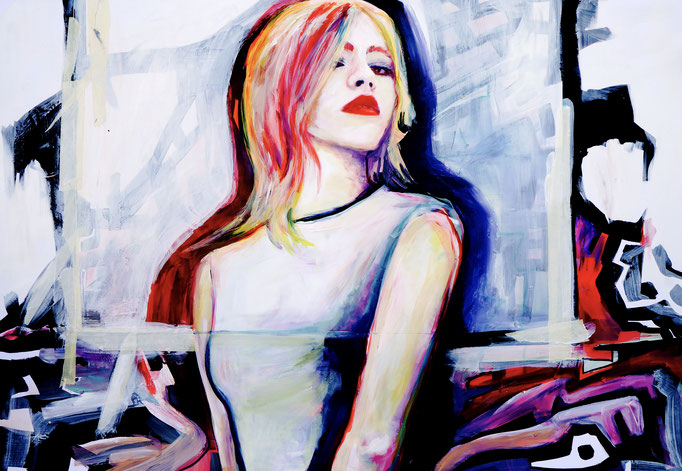 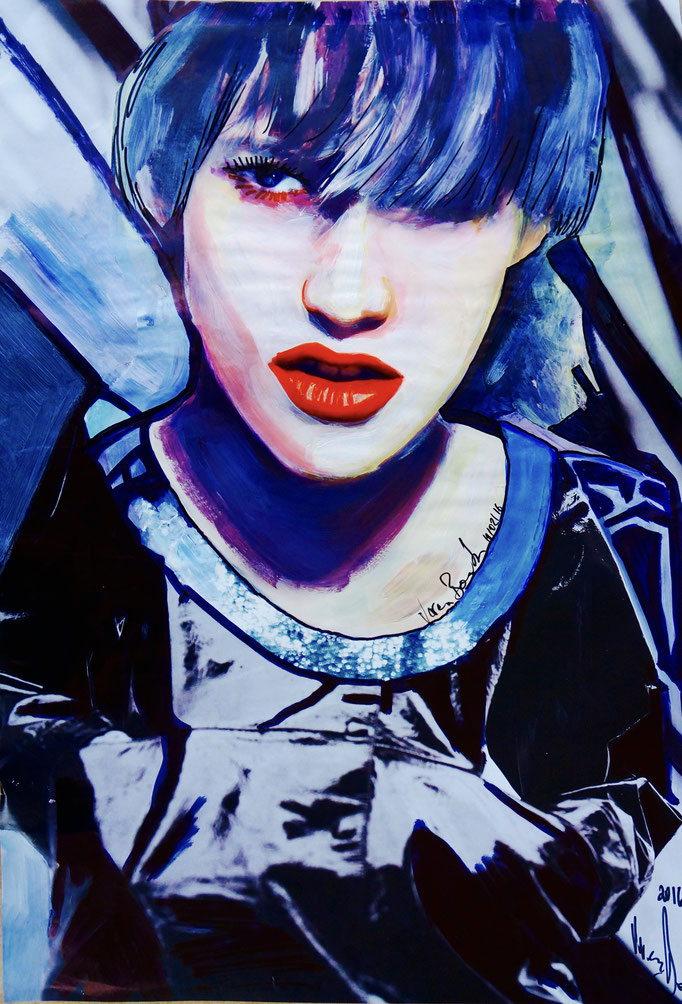 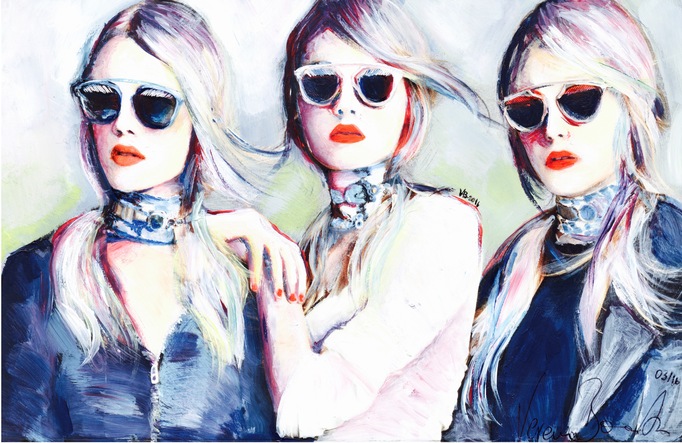 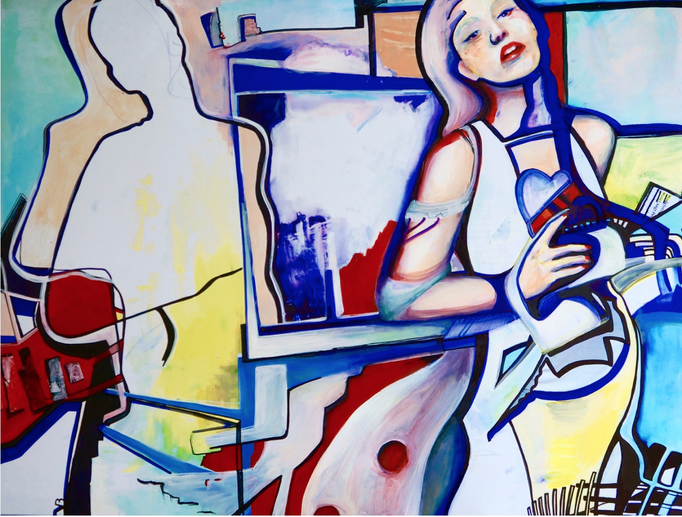 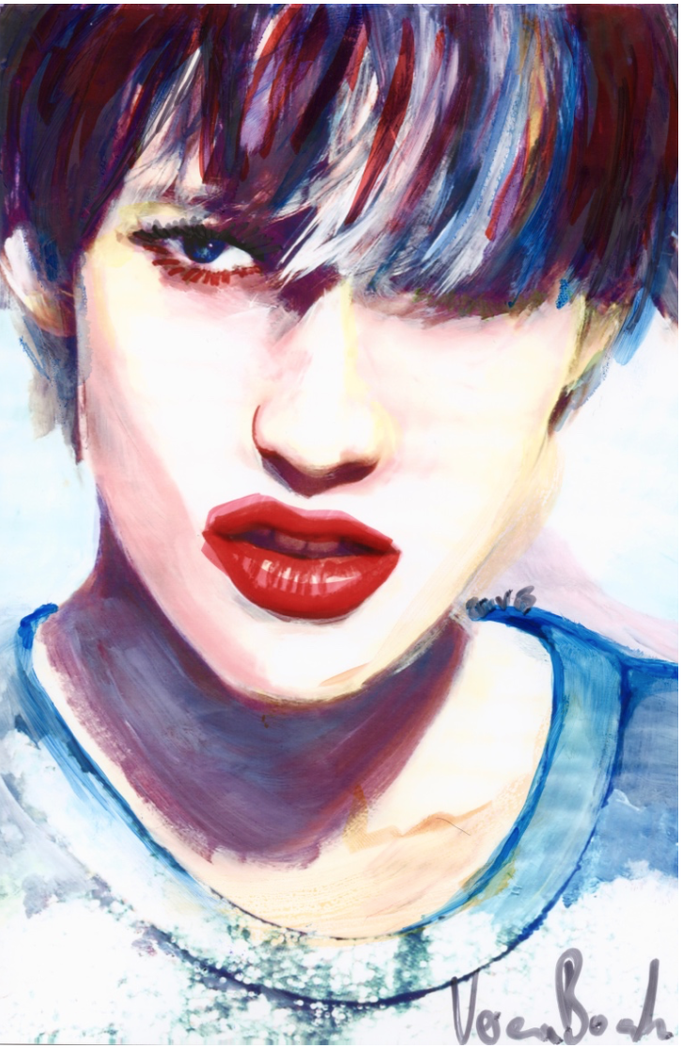 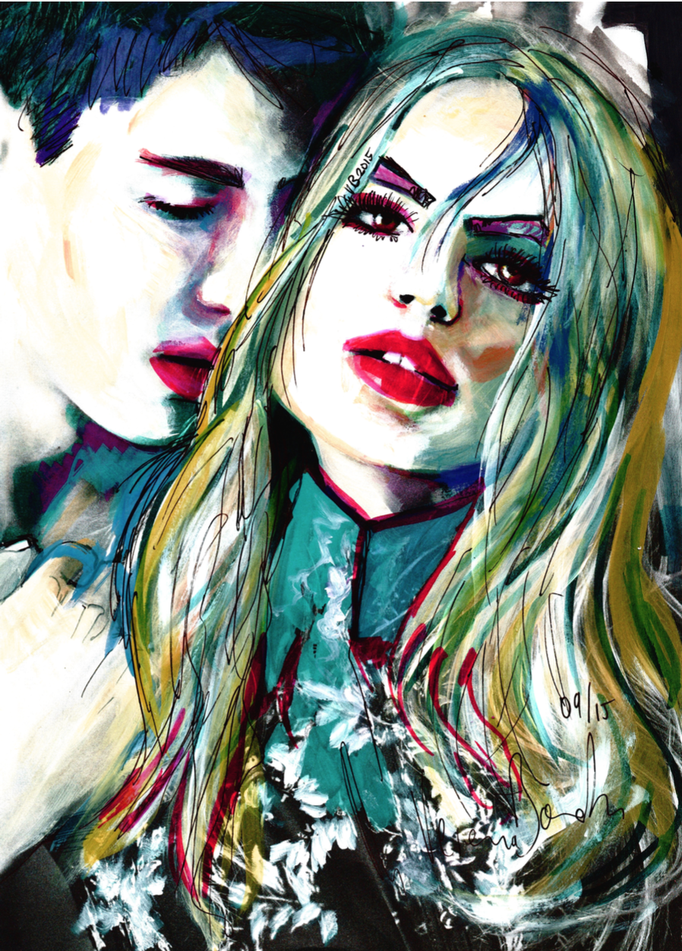 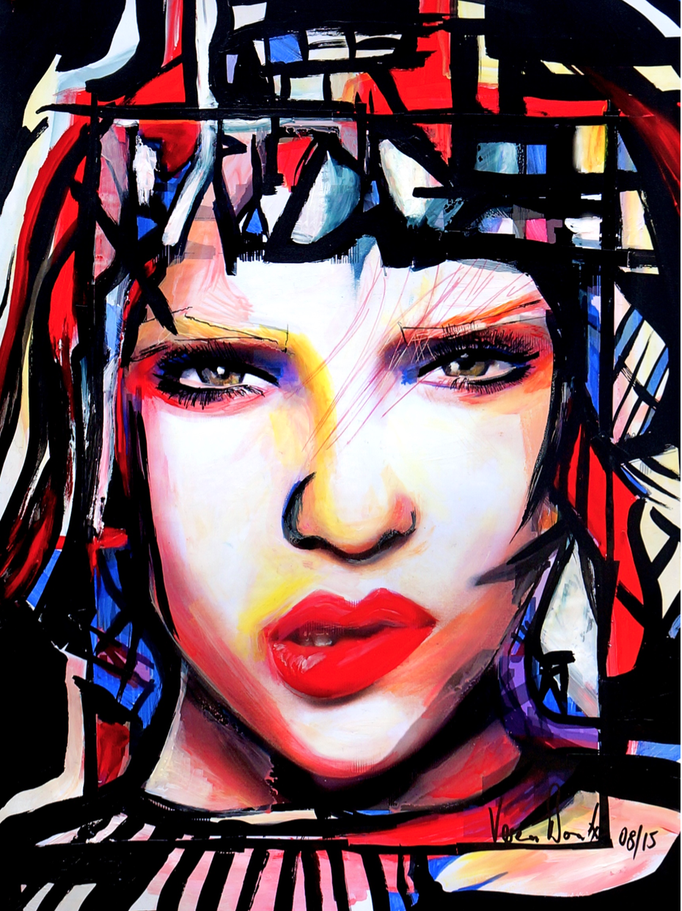 Collage Sublime is a technique developed by the artist Verena Bonath.

The idea is to describe today's aesthetics. Transforming images with combining media from the fashion and consumer industry and editing them. At the end we see an even more bright, colorful and high-contrasted appearance that underlines the "fake character" of all these pictures.

Trying to depict the contemporary visual culture which is influencing our perception, our behavior and our emotions. Displaying a new belief in self-staging, social media and the exposing oneself. Facing the fact, that these mechanisms become more and more important to define identity and a certain purpose of life.

Somehow the paint seems to escape its own material features. Becoming part of a virtual and unreal imagination which only exists in a digital and undefined world. With the objective of questioning our culture values, these artworks seduce and likewise irritate the viewer's perception. At the end the work of Verena Bonath underlines the incomprehensible and and illusory character of today's media and advertisement.